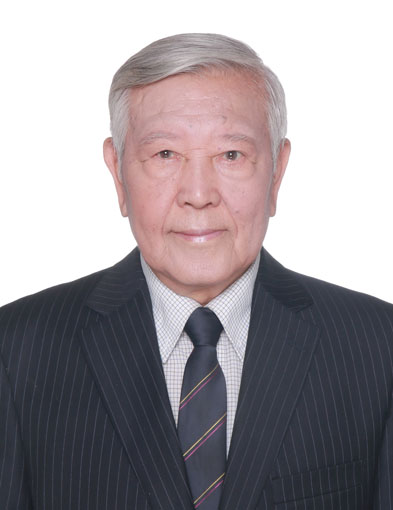 Zhao Zhongxian, born in 1941 in Liaoning Province, is a full professor of the Institute of Physics (IOP), Chinese Academy of Sciences (CAS). He has been working at IOP, CAS after graduated from University of Science and Technology of China in 1964. In IOP, CAS, he once served as a head of a techniqual team of a defense program. He was the first director of the State Key Laboratory for Superconductivity. He was elected as an academician of CAS in 1991. As one of the founders of high temperature superconductivity research in China, Prof. Zhao has been engaged in the superconductivity research about 50 years.

Prof. Zhao was among a few top scientists in the world who immediately recognized the importance of Bednorz and Mueller’s paper, where possible superconductivity at 35K was reported in copper oxide Ba-La-Cu-O. The paper stroked a chord with Prof. Zhao’s view, that is, structural instability without structural phase transition may lead to the high temperature superconductivity. In February 1987, Prof. Zhao and his colleagues independently discovered a superconductor with Tc above 77K, and firstly announced the ingredients of Ba-Y-Cu-O (YBCO) over the world. Consequently, a world-wide enthusiasm in research of the copper oxide superconductors was greatly boosted. As the first Chinese winner, Prof. Zhao was awarded the  TWAS Prize in Physics 1987. Prof. Zhao obtained the First-Class National Natural Science prize in 1989 for achieving the superconductivity above liquid nitrogen temperature in Ba-Y-Cu-O system .

Prof. Zhao has been devoting himself to the research of high Tc superconductivity for more than 40 years. He has also been making efforts on training young scientists and creating nice research atmosphere for them. As the main advocator, promoter and practitioner, Prof. Zhao has made irreplaceable contribution to rooting and ascending the research on high-Tc superconductivity of China among the forefront of the world.