Awardees of the 2014 China International Science and Technology Cooperation Award

Prof. Alferov is the founder of the heterostructure physics. He successfully realized the continuous-wave operation of semiconductor lasers under room temperature in 1970, making him the very first one in the world to make that happen. This heralded the boom of optical fiber communications, laying the groundwork for the Internet, modern electronic and optoelectronic technologies, and information and energy technologies in particular. Since then, he has been an advocate of low-dimensional (nano) heterostructure research and a leader in the field.

Over the last twenty years, he has been devoted to promoting cooperation in science and technology between China and Russia. Particularly since 2005, he has been an honorary lecturer at the first International Talent Base for Disciplinary Innovation at Beijing University of Posts and Telecommunications and the honorary President of the State Key Laboratory of Information Photonics and Optical Communications. He initiated and heads “Alferov Sino-Russian Joint Laboratory”. Under his guidance, the Chinese partner has improved innovation capability and made breakthroughs in a series of significant scientific topics. 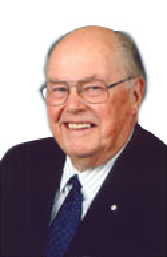 Dr. Vernon Douglas Burrows (born in January, 1930) is an expert on oat breeding and an emeritus scientist in the Ministry of  Agricultural  and Agri-food of Canada. He has been engaged in oat germplasm improvement and food application for nearly 50 years and made a name for himself in the world for his great contribution to oat breeding. He has obtained many prestigious recognitions including "Order of Canada", the top award in Canada, China “Friendship Award”, "The Canadian national public contribution Memorial Award".

Prof. Burrows has worked on oat breeding together with Jilin Baicheng Academy of Agricultural Sciences since 1998. He helped disseminate breeding technologies. He has bred 11 new varieties together with Baicheng and 20 varieties together with other Chinese partners. All these new varieties have greatly improved Chinese oat production and quality. This oat collaboration program has also improved agricultural ecosystem in oat-producing regions. With deep love for China, Prof. Burrows has helped China develop oat production and promoted international cooperation in oat research, contributing his part to closer friendship between China and Canada. With his efforts, China has seen an expanding team of oat researchers and a growing oat industry.

Dr. Norman Nian-tze Li (born in December, 1932) is a world-renowned chemical engineer and the founder of NL Chemical Technology. He is the academician of the US National Academy of Engineering, a foreign academician of the Chinese Academy of Sciences. He received numerous awards including the“Perkin Medal”, the well-known award in chemical industry, and the“Lifetime Achievement Award ”from the World Congress of Chemical Engineers.

Dr. Li, one of the world’s leading scientists in membrane science and technology and the inventor of liquid membrane, has made brilliant on the development of chemical engineering, surface and colloid chemistry, and separation technology including water treatment. He has published 20 books and more than 100 papers and received 50 patents. His research results have been applied in chemical processes, petroleum engineering, environmental protection and resource recycling.

In the past 30 years, Dr. Li has made important contribution to the development of science and technology in China. He has given many lectures at universities in China. He has helped establish a new research institute, the National Institute of Low Carbon and Clean Energy in Beijing, serves as the Chair of the Academic Board, and contributing greatly to its strategies, R&D directions, and talent recruitment. He has been devoted to the academic exchanges and cooperation between the chemical engineering communities of China and the US. He has served as the US Chair of 7 Joint Sino-US Chemical Engineering Conferences.  His efforts have contributed significantly to China’s international cooperation in the fields of energy, environment and chemical engineering.

Dr. Rolston (born in February，1949) is a grassland scientist. He is the leader of the plant improvement group of AgResearch, and President of International Herbage Seed Group. He has received three New Zealand science awards and the People's Republic of China Friendship Award-China's highest honor granted to a foreigner.

Since 1983, he has been actively involved in 30 R&D projects on grassland and livestock production in China and introduced New Zealand grassland farming system and techniques to western China. He worked with Lanzhou University and Guizhou Agricultural Committee to improve soil fertility, plant varieties selection, grassland establishment and management in karst regions, improving local environment and alleviating poverty. As a team leader, he supervised the establishment of the first grazing-type dairy farm in karst regions over 20 years ago, serving as a role model. He helped Lanzhou University and other institutions to develop forage seed science research and achieved significant progress. He has trained a large number of technicians in China, enhancing the research capacity in the field and accelerating grassland agriculture in China.

Dr. Peerasak Srinives (born in September, 1950) is a famous Thai scientist in crop breeding. He dedicated himself to legume and energy crop research in Kasetsart University after receiving his doctoral degree from US Illinois State University in 1979. He acts as one of the Deans of Kasetsart University and the chairman of the Society for the Advancement of Breeding Research in Asia and Oceania.

Prof. Srinives has introduced to China advanced breeding ideas, technologies and platforms, guided the implementation of new technologies and conducted breeding in an innovative manner. The prevalence of these new technologies has seen noticeable benefits. Prof. Srinives has helped narrow China’s gap with developed countries in the evaluation of legume crops’ germplasm, development of anti-disease and anti-pest molecular technique and new variety breeding, thus ensuring the steady and safe production of edible legume.

Prof. Srinives is a prestigious expert so friendly to China that he had come to the country for 38 times, paid visits to over 100 institutions in 27 Chinese provinces and municipalities, and established close cooperative ties with Chinese Academy of Agricultural Sciences and Jiangsu Academy of Agricultural Sciences etc. He has nominated many Chinese scholars as chairs of international conferences on edible legume, which elevated the international status of Chinese scholars and gave a greater say to Chinese edible legume industry.

Dr. Franco M. Pirajno (born in January, 1939) is an Australian scientist in ore deposit geology and mineral exploration, chief geologist in the Geological Survey of Western Australia, Adjunct Professor at the University of Western Australia, Editor-in-Chief of Ore Geology Reviews and Vice-chairman of International Association on the Genesis of Ore Deposits. He is one of ore deposit geologists with highest “H” index. In 2014, he was presented the “Kutina-Smirnov medal”, a particularly important international award in the ore deposit community.

Prof. Pirajno has rich experience in regional tectonics, ore deposit geology and mineral exploration in the Eurasian continent, Africa, Australia and southwest Pacific islands. He has published over 150 academic papers, over 20 regional geological maps and 7 special issue  of journals. Over the last 20 years, he has devoted himself to China’s ore deposit study and closely cooperated with the Ministry of Land and Resources, the Ministry of Education and the Chinese Academy of Sciences etc. He has helped resolve difficult theoretical and pragmatic problems, engaged himself in mega-science projects, dealt with key scientific issues, improved ore deposit research and mineral exploration as well as cultivated outstanding ore deposit researchers and graduate students in China. He has co-authored over 50 science papers with Chinese counterparts. He has played an active role in introducing Chinese ore deposit scientists and disseminating their research findings. 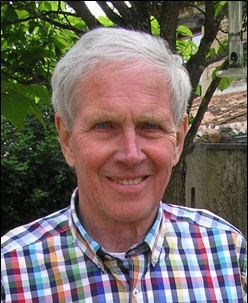 Dr. Niek Rengers (born in November, 1939) is an expert in engineering geology as well as geo-disaster risk assessment and management. He used to be a professor of the International Institute for Geo-information Science and Earth Observation (ITC), former president of the International Association of Engineering Geology and the Environment as well as board member of the Federation of International Geo-engineering Societies. He is the editorial member for a number of international journals, and has published about one hundred research papers and (co-) authored over ten books.

In the last decade’s cooperation with Chinese counterparts, Prof. Rengers has made full use of his theoretical background and experience in Europe in helping China establish its own geological disaster risk assessment system, which has produced huge benefits in disaster mitigation. He devoted himself to cultivating a large number of outstanding young Chinese talents and trained more than 10 young teachers, and 20 master and PhD students. Thanks to his support, the Secretariat of the International Association of Engineering Geology and the Environment (IAEG) was transferred to China. And the incumbent Vice-president and Secretary-general of IAEG are both Chinese, which greatly enhanced the influence and status of Chinese in engineering geology in the international academic community. He also contributed tremendously to study and prevention of geological disasters in China.

Founded in 1941, the University of Texas MD Anderson Cancer Center (MDACC) is one of the world’s most important healthcare centers dedicated to cancer treatment, research, education and prevention. With a total of 19,000 employees and 1,100 resident physicians, the Center serves more than 110,000 cancer patients each year.

In 2003, Sun Yat-sen University Cancer Center (SYSUCC) joined the Sister Institution Network of MD Anderson Cancer Center. During their long-term collaboration, more than forty staff members of SYSUCC have been trained in MD Anderson Cancer Center, which greatly improved the general competency of SYSUCC staff as well as their capability in the field of cancer treatment and research. Based on collaboration between MDACC and SYSUCC in the field of clinical, translational and basic research, four patents have been approved and more than sixty high-level research papers have been published. In 2014, the 《Chinese Journal of Cancer》, which is sponsored by SYSUCC, officially became one of the Thomson Reuters-indexed journals (SCI journals). Under the support of MDACC, SYSUCC has established China’s first clinical base for new anti-cancer drugs, whose eleven research findings have been adopted by international clinical treatment guides and promoted across the world.