Awardees of the 2015 China International Science and Technology Cooperation Award

Dr. Jan-Christer Janson (born in July, 1938) is Professor Emeritus of Uppsala University and a member of Swedish Royal Society of Science in Uppsala, Sweden.

He is a distinguished bio-separation scientist well known for his famous book Protein Purification and the great contributions to modern protein chromatography theory, practice, equipment and application. His inventions of Sepharose CL, Sepharose FF chromatographic media and columns as well as their applications, have been widely used for the research of protein science and the industrialization of biotechnology by millions of bioscientists and biotechnologists all over the world.

Since 1980, Prof. Janson has been actively engaged in collaboration with Chinese scientists. As a technical chief, he has helped Chinese partners design and develop the processing technology for protein-related pharmaceuticals, which has broken the bottlenecks of pilot trial and industrialization and yielded remarkable social and economic benefits. He worked with the Chinese partners at the State Key Laboratory of Bio-Chemical Engineering (SKLBE) in setting up a technical platform for protein separation and purification processes, and invented on-column protein techniques and anti-denaturation technologies. With his generous help, SKLBE has developed a new generation of uniform microsphere as chromatography media which have been used successfully in industry. Over the past 35 years, Prof. Janson has been devoted to cooperation between China and Sweden in the field of protein purification and improvement of relevant theories and technologies in China.

Mr. Kazuki boldly carried out institutional restructuring, established JST Office in Beijing, and China Research and Communication Center in JST headquarter. He initiated“China-Japan University Fair and Forum”to promote communication and cooperation in various aspects between universities of China and Japan. He started the“Strategic International Collaborative Research Program”and created a new cooperation model, featuring“joint call, joint review, and joint grant”between the two governments. In 2014, the Sakura Science Program was initiated to encourage scientific and technological exchanges among the youth of the two countries. In that year alone, 1200 Chinese young elites were sponsored to visit Japan. Through these efforts, Mr. Kazuki has made notable contributions to facilitate understanding and cooperation between the scientific and technological communities of the two countries. 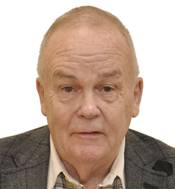 Dr. Evgeny Velikhov (born in February, 1935), a well-known fusion scientist, is President of Kurchatov Institute (KI) and Russian President’s scientific advisor. Elected as an academician of the Russian Academy of Sciences (RAS) at the age of 39, he served as RAS Vice President for two terms. He is also an honorable member of Swedish Royal Academy of Engineering Sciences, a member of the European Academy of Sciences, a Foreign Associate of the American National Academy of Engineering.

Dr. Velikhov headed the controlled thermonuclear fusion research in Russia, and initiated many research and industrial programs. As one of the founders of International Thermonuclear Experimental Reactor (ITER), the world’s largest science project，Dr. Velikhov led ITER for more than ten years. Russian President Vladimir Putin presented the Order of Merit for the Fatherland (first class) to Dr. Velikhov in 2015 for his great contributions to developing nuclear energy.

In 1990, under the leadership and strong support of Dr. Velikhov, KI donated the world’s first superconducting Tokamak T-7 and its subsystems to the Institute of Plasma Physics, Chinese Academy of Sciences (ASIPP), and helped ASIPP build China’s first and the world’s fourth superconducting Tokamak HT-7, which brought China’s fusion research a big step forward. Dr. Velikhov strongly supported China’s joining ITER, and promoted China to improve its status and influence in ITER international organization. Over the past twenty years, Dr. Velikhov has relentlessly promoted the bilateral cooperation in nuclear fusion, and made outstanding contributions to China’s leapfrogging development from nothing to a world-leading position in superconducting Tokamak fusion R&D.

Devoted to organic chemistry research for a long time, Prof. Stang has made outstanding achievements in reactive intermediates, iodonium salts and supramolecular chemistry. He discovered and developed the“directional bonding”methodology for the self-assembly of unique two dimensional polygons and three dimensional polyhedra via coordination. These compounds are widely used in sensing, catalysis, gas storage and have potential biomedical applications such as drug delivery and anti-tumor agents.

Over the last ten years, Prof. Stang has been hired as professor emeritus by the Institute of Chemistry, Chinese Academy of Sciences (ICCAS) and many other research institutes and universities in China. He co-authored 27 SCI-index papers with Chinese scientists in the international renowned science journals, and served as US partner of one NSF-NSFC joint project entitled“STM study of metal complexes on solid surfaces”. He also took an active part in and facilitated exchanges of chemical societies between China and the US, and helped hold high-level academic conferences in China. He has played an important role in promoting S&T innovation, development of the discipline of chemistry in China, and China-US cooperation in chemistry.

Dr. Walter Ian Lipkin (born in November, 1952) is an American medical virologist and professor at Columbia University. He is the director of the World Health Organization Collaborating Centre for Diagnostics in Zoonotic and Emerging Infectious Diseases.

Prof. Lipkin is a pioneer in using genetic methods for treating infectious diseases. His contributions include the first use of subtractive cloning and high throughput sequencing in infectious diseases, and the discovery and characterization of more than 800 viruses associated with disease in humans, wildlife and domestic animals, as well as the invention and implementation of a series of new diagnostic platforms.

At the height of the 2003 SARS outbreak, Prof. Lipkin flew to Beijing with 10,000 test kits at the request of the Minister of Science and Technology XU Guanhua and Vice President of the Chinese Academy of Sciences CHEN Zhu to help contain the virus and guide SARS research effort. He actively promoted the scientific cooperation in SARS research between China and USA as well as the exploration for effective methods against SARS. He also conducted close research collaboration with the Chinese Academy of Sciences and the Chinese Center for Disease Control and Prevention, and helped to establish the Institute Pasteur of Shanghai, the Guangzhou Institute of Biomedicine, and the Joint Research Laboratory for Pathogen Discovery in the Chinese Center for Disease Control and Prevention. 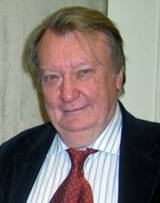 Dr. Carlo Rubbia (born in March, 1934) is a distinguished Italian physicist. After 1970, he successively served as Higgins Professor of Physics at Harvard University, Director-General of European Organization for Nuclear Research (CERN), Director of Agency for New Technologies, Energy and Environment (Italy) and Scientific Director of the Institute for Advanced Sustainability Studies in Potsdam (Germany).

Prof. Rubbia has made outstanding contributions in particle physics, especially in the field of weak interactions. In 1976, he suggested adapting CERN’s Super Proton Synchrotron (SPS) to collide protons and antiprotons in the same ring, and led an international team, UA1 Collaboration, of more than 100 physicists, discovered the intermediate vector bosons, the W and Z bosons. For this, he won the 1984 “Nobel Prize in Physics”. He proposed the concept of an energy amplifier and pushed forward the study of Accelerator Driven subcritical nuclear System (ADS).

Over the last thirty years, Prof. Rubbia has been devoted to promoting cooperation in science and technology between China and Europe. Particularly since 1989 when serving as Director-General of CERN, he has promoted collaboration between CERN and the Institute of High Energy Physics, Chinese Academy of Sciences (IHEPCAS), helped construct experimental high energy physics base in China, and supported IHEPCAS in importing Internet from CERN. Under his leadership, in 1993 CERN proposed a decision of free Internet protocols and procedures, which had important significance to the development of the Internet as well as its application in China. Moreover, he enhanced cooperation in the field of energy and environment between Italy and China, supported China’s research in ADS, and made significant achievements.

Dr. Joannes Frencken (born in February, 1950) is an expert in dental public health, a professor of the Radboud University Nijmegen and a guest professor of Wuhan University. He was elected International-Dentist-of-the-Year 1998-1999 by the Academy of Dentistry International. He served as a committee member of the World Dental Association and was elected chairman of its Public Health Committee in 2015.

Prof. Frencken is the creator of the Atraumatic Restorative Treatment (ART). ART is free from using dental drill, electricity and running water, which not only provides the best cure for dental caries in underdeveloped areas but also achieves prevention and treatment of caries for schools and communities in developed areas. Since 1994, ART has been officially promoted by the World Health Organization (WHO).

Since 1998, Prof. Frencken has been engaged in collaboration with China’s oral medicine community and promoted cooperation and exchanges between China and WHO in the field of oral disease prevention. Through lectures, trainings and clinical supervisions, he facilitated the cultivation of oral health talents and the popularization of new technology in the western part of China. When cooperating with Wuhan University, he obtained a series of important achievements in the aspects of ART technical application and material research and played an important role in improving the oral health care service in the central part of China.