Awardees of the 2017 China International Science and Technology Cooperation Award

Dr. Earl Ward Plummer (Born in October, 1940) is a professor in Louisiana State University, USA. He is a member of both

the US National Academy of Sciences and American Academy of Arts and Sciences.
Prof. Plummer is a famous scientist in condensed matter physics, especially in surface science. He has been recognized as the pioneer in the spectroscopy of single atoms on surfaces, in the discovery of surface states and multipole plasmon modes of metals, as well as in the precise measurement of the many-body effects on surface electronic structures. His discovery of charge density waves at the meta l/semiconductor interface has immensely inspired the following research in critical phenomena in low-dimensional systems.

Prof. Plummer has mentored many outstanding Chinese young physicists and has actively endorsed them to return to China. In 2000, he founded the International Center of Quantum Structures (ICQS) in the Institute of Physics, Chinese Academy of Sciences and served as the chief scientific advisor. The center has brought together many top Chinese physicists who have engaged in scientific collaboration and made contribution to numerous influential research achievements. ICQS has been playing an immense role in promoting Chinese physicists onto the international stage. Many founding members of ICQS have become leaders in the field of science and technology in China. The innovative model of international collaboration established by ICQS has been adopted by other universities and institutions in China. Prof. Plummer has been enthusiastically serving as a scientific advisor and consultant for China, and promoting the development of China to the rest of the world. He has made remarkable contributions to science and technology collaboration with China. 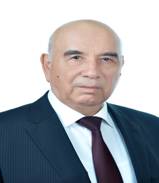 Dr. Salikhov Shavkat (born in December, 1944) is a biochemist and an academician of Uzbekistan Academy of Sciences (UzAS). He serves as the Director of the Institute of Bioorganic Chemistry of UzAS. From 2006 to 2016, he served as the President of UzAS, a Cabinet Member and Chairman of the Science and Technology Committee of Uzbekistan. He was awarded the “Hero Medal” by the President of Uzbekistan.

As the leader in the field of bioorganic chemistry in Uzbekistan, Dr. Salikhov Shavkat has very high academic reputation in Central Asian countries. He has published more than 300 papers and five monographs. More than 70 invention patents have been authorized and 15 new drugs developed by him have gone on the market in Uzbekistan.

As a strategic scientist, he first put forward the proposal on founding the China-Uzbekistan Joint Research Center. In 2013, Central Asian Drug Research and Development Center of Chinese Academy of Sciences was formally unveiled in Uzbekistan. The center will be the core platform in natural medicine research and talents training in Central Asia. He devoted a lot of wisdom, energy and efforts, and ensured high-level, quality and standard in the construction and development of the center. During the last nearly 20 years, under his leadership, the both sides trained more than 20 PhD and graduate students, undertook 10 major projects. As the pioneer of the science and technology cooperation on the Belt and Road, the chief designer of Central Asian Drug Research and Development Center, Dr. Salikhov Shavkat has made great contributions to scientific and technological cooperation between China and Uzbekistan.

Prof. Zhang is a distinguished theorist in condensed matter physics. He is well known for his outstanding contributions to a variety of research fields, such as quantum spin Hall effect, topological insulator, quantum spintronics, high-temperature superconductivity and magnetism. His work has been recognized by important awards, including the Europhysics Prize, the Oliver Buckley Prize, the Dirac Medal and the Yuri Foundation Prize in physics.

He has been actively engaged in collaboration with Chinese scientists from Tsinghua University, the Institute of Physics of the Chinese Academy of Sciences and Shanghai Jiao Tong University. The cooperation has significantly promoted the scientific developments in China, and enables China to play a worldwide leading role in the related fields such as quantum anomalous Hall effect, topological insulators and Weyl semimetals. Over the decades, Prof. Zhang has mentored plenty of Chinese graduate students and postdoctoral associates both in the Institute for Advanced Study of Tsinghua University, and most of them have become young pioneers of relevant fields in China.

Dr. Philip David Coates (born in September, 1948) is a Fellow of the Royal Academy of Engineering of the UK, Director of the UK Polymer Interdisciplinary Research Center and Director of the Medical Device Innovation Manufacturing Center of the British EPSRC.

Prof. Coates is a famous scientist in the field of international polymer processing research, inventor of Die Drawing technology of polymers and distinguished expert in on-line detection theory and methods during polymer processing. He has published more than 300 papers and 16 books and gotten16 patents.

Thanks to the close cooperation with China for more than 10 years, 5 international R&D cooperation platforms have been established in China, such as the International Polymer Microprocessing Center and China-UK Advanced Materials Research Institute, etc. He is the leader of 8 projects including several international cooperation projects of Ministry of Science and Technology of China and China-UK Science Bridge, etc. He cooperated with Sichuan University on the research into micromolding and microextrusion of polymer nanocomposites. In cooperation with Beijing University of Chemical Technology, they tackled the processing problems of bio-based soft material elastomers; While cooperating with Changchun Institute of Applied Chemistry, Chinese Academy of Sciences, they tackled the physics problems during polymer micro-processing. In cooperation with China Petrochemical Corporation, they took the lead in the applied research of solid-state orientation technology in China, and many cooperation achievements have been applied. Thanks to the close cooperation, the polymer processing theory and technology of China has been improved. His outstanding contribution enhanced the international influence of China’s polymer discipline and strengthened the long-term stable relationship in science and technology between China and the United Kingdom. 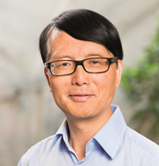 He has maintained long-term cooperation with multiple Chinese institutes. He also serves as a member of the executive committee of the international program “Third Pole Environment” led by the Chinese Academy of Sciences, where he made great contributions to the “Assessment of Environment Change on the Tibetan Plateau” report. The report has helped substantiate eco-environmental policy-making in the region. During his tenure as Science Director for the National Climate Center of China (2002-2008), he set up the first Regional Climate Center in Asia (the Beijing Climate Center) and the Global Producing Centre for long-range forecasts under the World Meteorological Organization. He also served on the science committee of the Department of Earth System Science, Tsinghua University, where he helped to advance the university’s earth sciences with more global engagement. Besides promoting achievements by Chinese scientists worldwide, he also invited his Chinese counterparts for international endeavors and helped nurture a number of young scientists. Thanks to his efforts, the first China-based international program office of International Council for Science was established. This has played an important role in promoting China’s scientific and technological innovation on the international stage. 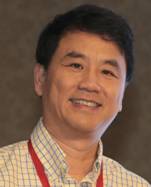 Dr. Yang Shi (born in March, 1960) is a renowned scientist in the field of epigenetics and founder of dynamic regulation and recognition of histone methylation. He is currently a professor of Harvard University and member of the American Academy of Arts and Sciences.

Prof. Yang Shi has long been dedicated to research into epigenetics and chromatin biology. Over the 25 years or so, Prof. Shi has systemically elucidated the mechanisms underlining the dynamic regulation of histone methylation, a post-translational modification that is critical for many biological processes. His discovery of the first histone demethylase LSD1 demonstrated the dynamic nature of what was once thought an irreversible modification, which gave an end to the 40-year debates of the reversibility of histone methylation and led to breakthroughs in tumor treatment thanks to its application in pharmacy.

Since 2005, he has been engaged in collaboration with China. He co-founded the Institutes of Biomedical Sciences (IBS) and Center of Epigenetics of Fudan University, which have recruited a number of overseas top-notch talents thanks to his academic impact. IBS has accomplished a great deal of academic progress and has been designated as a National Base for International Science and Technology Cooperation. He also established the annual Epigenetics Retreat in 2011, the first of its kind in China, and participated in the faculty recruitment and international evaluation of many institutes like Tsinghua University, Peking University and Chinese Academy of Sciences. Thanks to his efforts, China is rapidly becoming an important player in epigenetic research in the world and has made many breakthrough discoveries and significant international influence in the areas of basic mechanisms, chromatin structure dynamics and early embryonic development. 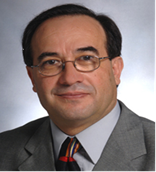 Dr. Polichronis-Thomas Spanos (born in February, 1950) is a Professor of Rice University, member of US National Academy of Engineering, American Academy of Arts and Sciences, and a foreign member of European Academy of Sciences.

Dr. Spanos has long been devoted to stochastic dynamics and nonlinear mechanics. His research outcomes enjoy extensive application in the world. Presently he serves as the editor-in-chief of two important international journals, and member the Executive Board of the International Association for Structural Safety and Reliability. He was bestowed the Freudenthal medal, Newmark medal and von Karman medal by the American Society of Civil Engineers.

Since 2008, he has been carrying out collaboration activities with nearly 20 universities in China, including Tongji University, Zhejiang University and Harbin Institute of Technology, etc. Serving as the Co-Director, he helped to establish the International Joint Research Center for Engineering Reliability and Stochastic Mechanics in Tongji University. The research achievements of the collaboration activities with Chinese researchers in earthquake engineering and stochastic dynamics have been applied successfully in seismic design of high-rise buildings, wind-resistant design of large-span structures and safety of high-speed trains, which concretely promoted technological advancement. He was appointed as the Chair Professor of Changjiang Scholar by the Ministry of Education of China, and served as the leading professor in the “Programme of Introducing Talents of Discipline to Universities(‘111’Program) in Disaster Reduction and Prevention in Civil Engineering”. He delivered nearly 40 lectures in China with the audience exceeding 4,000, and recruited and supervised over 30 visiting scholars and joint PhD students from China, making important contributions to the development of Chinese youth talents.